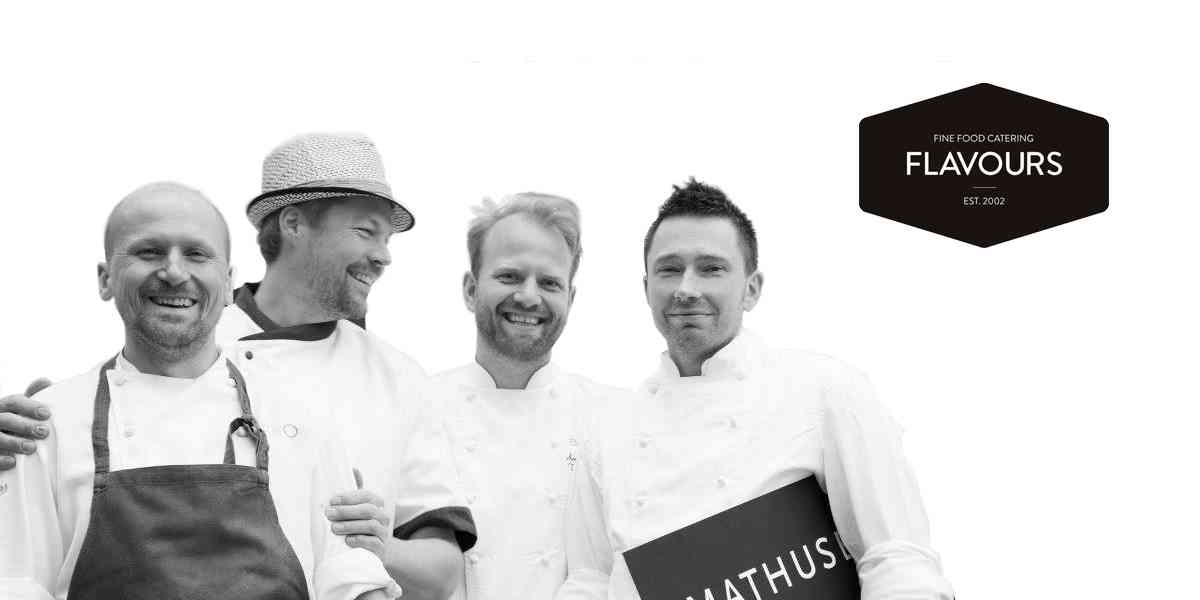 Flavours started as a catering company in 2002 after an idea of Tom Victor Gausdal, the silver medalist in Bocuse d’Or in 2005. Also known for several cookery books and TV series like “Masterchef”, “Til bords med fienden” and “Kokkenes kamp”.

The founding idea was as plain as a glass of natural wine: honest food from basic, without any unnatural additives. The love and pride of pure food and the art of culinary simplicity, have been like a kind of motto for the team ever since the beginning. The Flavours team was after a while strengthened with Stian Floer and they have been rewarded by several prizes for their cookery, with gold in both the Norwegian and Nordic cookery championships. But they are most proud of Tom Victors’ prestigious Bocuse d’Argent.

After some years as a catering company they expanded into restaurant operations with Falcon Crest at Ullern, Oslo in 2006. In 2010 they took over Strand Restaurant in Bærum, with the same idealistic base of pure and natural food. In 2011 Flavours fusioned with Backdoor Catering which they had been collaborating with since 2008. In 2012 they opened Smalhans at St. Hansghaugen in Oslo. Smalhans was named restaurant of the year in 2013 by Aftenposten. In april 2013 Flavours came in as catering operator at Telenor Expo as Flavours Expo and they started Mathuset Haga located at Haga Golfclub .
Hitchhiker opened in 2014 and has an approach to street food from all over the world at Mathallen, Oslo.

Today Flavours is owned and operated by Tom Victor Gausdal, Stian Floer, Roar Sandvik and Mathias Vleeshouwers.
Flavours have incorporated their basic food philosophy of pure and natural food in all their operations.

At Telenor Expo, Flavours is the operator of Restaurant Vision, Café Expo and food and beverage at meeting room services.